We pick up where we left last time,,, this time Toshio tells us about his horrific road accident, women’s sex fantasy requests and BOOK OFF!

Toshio: In the end I faced the music after the car accident.

David Sausage: How did that car accident change you physically?

David Sausage: Did they help you?

Toshio: They took all my assets and then,,, my wife,, my ex wife, left me.

David Sausage: She left?! Because of the money?

Toshio: Of course, because of the money.

David Sausage: Because of the money…?!! That’s cold!

Toshio: You know, because I didn’t like that hideous hag so you know I said Ohkaaaaaay! :-))))) I just went back to scratch from there. Its nothing,,, I couldn’t complain.

David Sausage: That’s wise looking at the good side of any situation.

Toshio: Yes! The glass is half full. You know life is full of happiness, I’m optimistic yeah? The sea is full of fish all the time you know? It’s nothing so, I remarried last year I’m a newly wed man!

Toshio: That the way it is. Life is yknow really full of happiness. Even if you have a little blip or bump,,, it’s nothing! It’s OK.

David Sausage: How did you feel straight after the accident when you opened your eyes?

Toshio: I thought my life had ended. You cant even twitch your right hand. I really had a hard time with physiotherapy. Yeahhh, it was really a kind of torture you know I tied up my right hand and using my left… And the exercise every single day,, eight or nine hours a day. I took pills you know, painkillers because it was too painful… Ahhh… But you know! It’s nothing!
It’s nothing compared to my assistant days.

INKFETISH: What happened? How did the accident happen?

Toshio: I was trying to change lanes and you know the truck,,, tried to change the lanes too before me so the scooter collided into the side of the truck and the rear tire run over me,,, four tonne truck ran over me,, this side here (right side)
And you know, the most scary moment was, when i was laying down on the street and the truck driver was talking to another driver and he was asking… (if) it was my fault… And I was one meter in front if him on the floor… And I was thinking “,,,why? Because I’m going to die?”

Toshio: Yeah because he didn’t give a shit my listening to him. He asking out loud “please, this supposed to be HIS fault” so I tried to move my toe or neck because you really care about your spinal chord so you know you could be the SUPERMAN you the,,, actor,,, Christopher Reeve ,,, you know neck-down paralysed right? You know he just passed away a couple of years ago,,, several years ago,,, like that I would be I was really worried about that so I could feel sharp pain around my toe… WOW! I could be recovered!

Toshio: Yeah yeah yeah! I was really gratified with that and sooner or later I could be fine.

David Sausage: After that I heard you continued working with the help of an assistant?

Toshio: Yeah after that I almost couldn’t do my work so I continued to hire my assistant to run errands for me because I’m kind of disabled you know.

David Sausage: And I read there’s a whole area of manga made exclusively for women and you afterwards you became involved in that?

David Sausage: So what you’re saying is women are looking for more dark, more perverted, more specific details and things in their requests?

Toshio: (Laughs) yeah so, you know really greedy,,, about everything. I learned a lot from direct message from readers.

David Sausage: When you made Urotsukidoji, I know there’s a big Market for that in Japan and..

Toshio: No, I’m afraid not.

Toshio: Not now. At that time, yeah.

Toshio: Actually, it seems like manga is booming. It’s not. In those days it was A-OK but now,,, WOW! You know so many of my acquaintances quit and went back to their hometown to become farmers, or security guards and traffic directors. Many manga artists are disappointed with the situation right now you know.

David Sausage: How would you like to see that change? What’s the problem?

Toshio: It’s a little complicated. You speak to distributers about the books and they’ve changed their system. You know it’s hard to explain but in the beginning when the small publishers printed you know 20,000 copies, the distributor give you money for that.

David Sausage: As an advance right?

David Sausage: Youre taking about the Internet and piracy?

Toshio: Yeah they are carrying the manga illegally you know and uploading to the website and you read. Plus, there’s a shop called BOOK OFF

INKFETISH: I’ve never heard about it…

Toshio: You know, once you sell the book and another reader could buy it, and after they read it, they can sell it

INKFETISH: it’s like that place I visited earlier… Ah what’s the name nak… The one that you mentioned the other day.. Naka.. Sun

David Sausage: INKFETISH what he’s talking about is BOOK OFF which is like this massive chain and you can find all over Japan. You take in a box of your old used books and novels and trade them all in.

Toshio: You know now we are in the middle of a phase between the printed and the digital. But you know, this kind of manga not so many people could read so we are stuck in the middle of nowhere… behind the 8 ball you know. Yeah! Like that, where we should go? With just manga and some artists are just so old to change their habit or learn a new style, to learn the new technology. I’m one of them. I’ve really struggled hard to adjust to the new style but I can’t… This new kind of culture.

David Sausage: I don’t think you missing anything too important.

David Sausage: I guess that kind of improves some things. This is how I met you and INKFETISH today for the first time. I’ve heard people complaining about how things were simpler and easier before the Internet but it means people get connected a lot more and you meet lots of interesting people like you guys. So, it’s got it’s good side.

Toshio: Yeah but you know, I don’t believe in Cyberspace. We should meet face to face, in the end, otherwise we can’t build the trust circle don’t you think?

Toshio: Because you know you can’t see the face,,, I mean if course we can see the face the face on the screen but I mean the real face 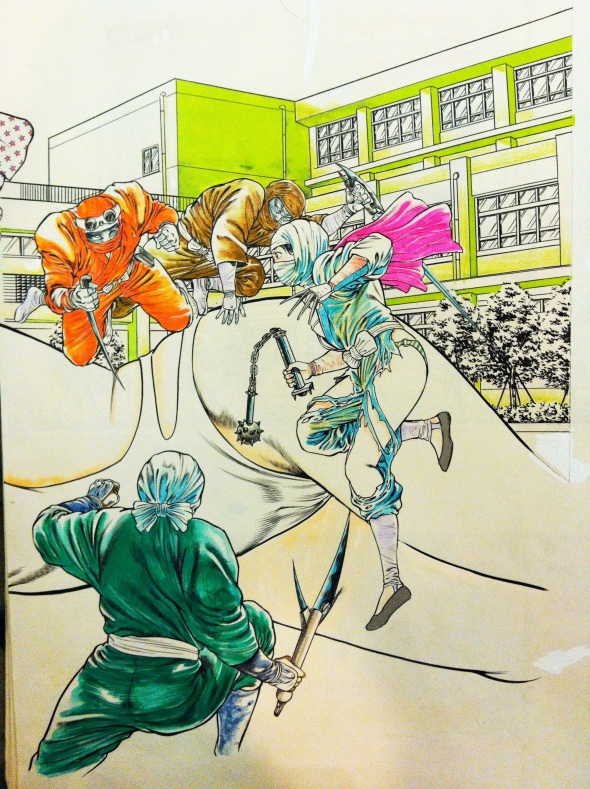 I was flippin through Flickr a while back when some crazy trippy erotic cut and paste collage art jobby flew out from the screen. After wipiNg myself off and *ahem* inspecting the author of these,,, outrages, I came across Ichasu!
A like-minded pant rat to swap images with? No!!!
A nasty graffiti thug man-coward who objectifies women with his cut and paste? No!!!
Actually, a 22 year old university art lecturer! A lecturer! Fun, funky, fresh and guess what?…
FEMALE! OMG! OMG! OMG!
I immediately clammed up… meeting Ichasu, a woman, for the first time always does that tttttto little David Sausage. Women. Ive always found it so difficult to hold conversation with them. Mysterious creatures… With their,,, breasts. I was rocking in my chair chewing my knuckles hard as she came in… But wow with Ichasu, straight away we could talk international Eros until the cows came home! I talked and talked and walked her to the Tokyo graffiti shop and after giving her a crash course in can selection, we had more talk. I really talked to her. Now that I’ve actually talked to a woman about naked women without offending her in real-time, real-life I’m going to tell you all about it on my blog in cyber-space,,, where we can hide,,, behind a pseudonym,,, uh,,, look 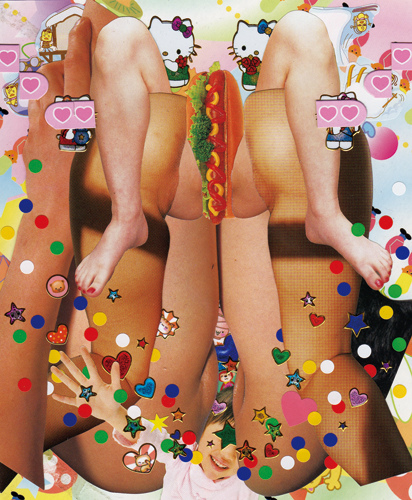 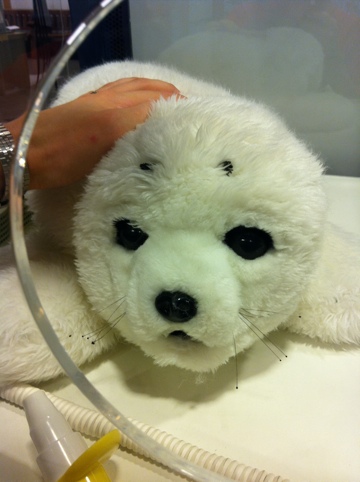 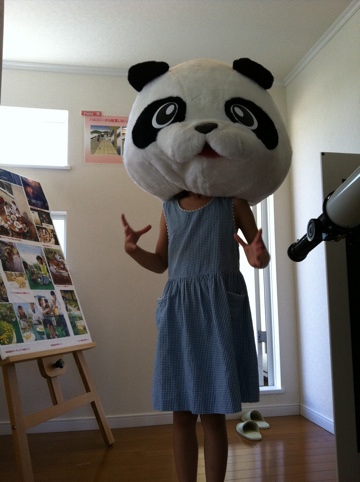 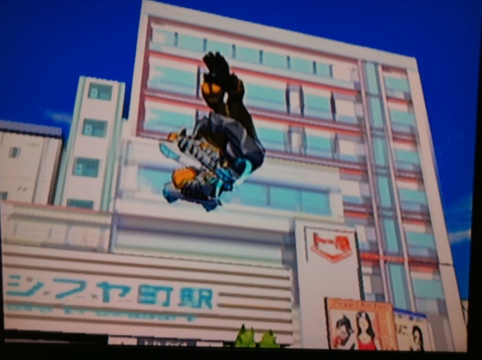 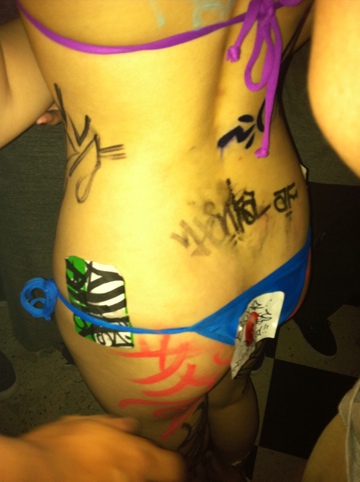